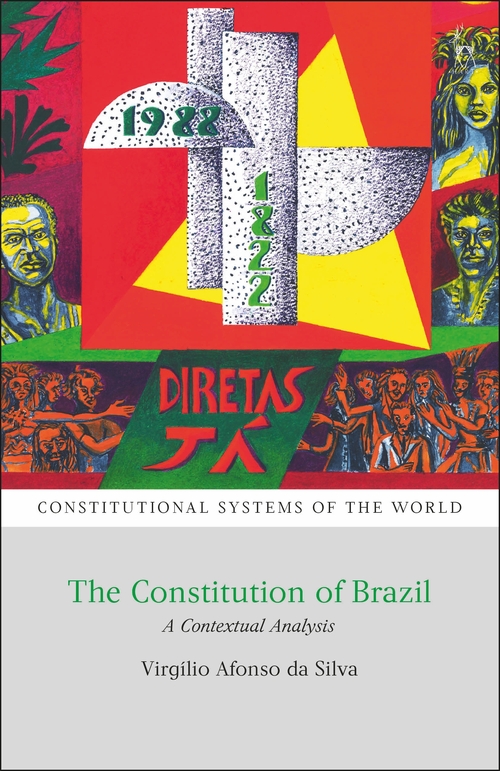 The paperback edition of the book The Constitution of Brazil: a contextual analysis, by Virgilio Afonso da Silva, is now available. The book is part of the Constitutional Systems of the World series, by Hart Publishing. See here.

This book offers an original and comprehensive analysis of Brazilian constitutional law and shows how the 1988 Constitution has been a cornerstone in Brazil’s struggle to achieve institutional stability and promote the enforcement of fundamental rights. In the realm of rights, although much has been done to decrease the gap between constitutional text and constitutional practice, several types of inequalities still affect and sometimes impair the enforcement of the ambitious bill of rights laid down by the Brazilian Constitution. Within the organisation of powers, the book not only describes how its legislative, executive and judicial functions are organised, but above all else, it analyses how a politically fragmented National Congress, a powerful President and an activist Supreme Court engage with each other in ways that one could hardly grasp by reading the constitutional text without contextual analysis. Similarly, the book also shows how the three-tiered federation established in 1988 has undergone a process of centralisation led not only by the central government but also by the Brazilian Supreme Court. In addition to chapters on organisation of powers, fundamental rights, federalism, and the legislative process, the book also presents an overview of Brazilian constitutionalism with a special focus on the transition from authoritarianism to democracy, which led to the enactment of the 1988 Constitution. In the conclusion, the author argues that part of the Constitution’s transformative potential remains to be realised. Enforcing the Constitution, not changing it, has been the real challenge in the last three decades and will continue to be for many years to come.

The last volume of the Politics & Gender journal published an article by Luciana de Oliveira Ramos and Virgílio Afonso da Silva on the role of the electoral justice in the enforcement of gender quotas in Brazil (“The Gender Gap in Brazilian Politics and the Role of the Electoral Court”). Follow this link to see the article.

Like many other countries, Brazil has adopted gender quotas in elections for legislatures at all levels of the federation. However, Brazilian gender quotas have been ineffective at increasing women’s participation in politics. Authors usually point to reasons related to the electoral system and party structure. This article analyzes a variable that is rarely considered: the role of the Electoral Court. We argue that the quality and intensity of the control exercised by an electoral court, when called upon to decide on the enforcement of the gender quota law, can influence the efficacy of this policy. We show that, in general, the Brazilian Superior Electoral Court tends to foster the participation of women in politics. However, based on two divides—between easy and difficult cases and between cases with low and high impact—we argue that in the realm of gender quotas, this court takes a rather restrained stance in those cases considered both difficult and with high impact.